We cannot say enough about Canyon. His human like intelligence and super level headed personality makes him the most incredible dog we have ever known !

Canyon will brighten up your day with his gentle, loving way and big smile!!

Canyon with his son, he really takes good care of the little ones. 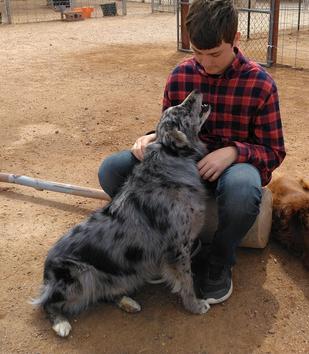 Canyon  at 6 months of age, moving cattle perfectly thru the chutes to be loaded. 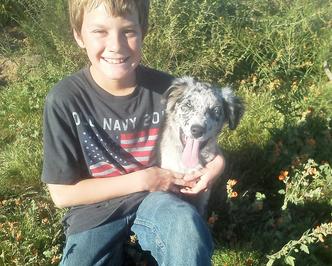 Canyon was always an easy going, good boy, even as a pup. 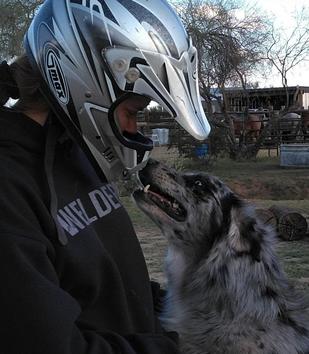 Canyon getting a pat on the back at the end of a long day moving cattle. 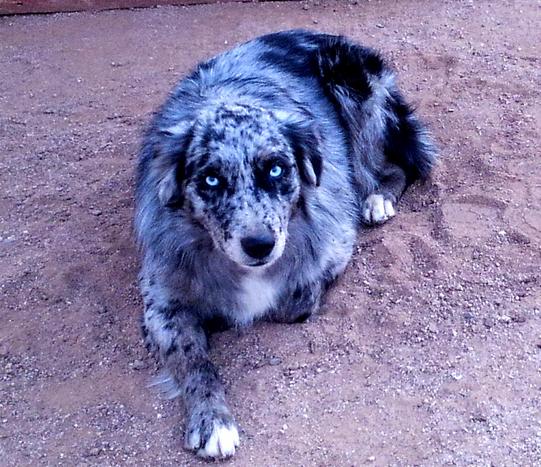 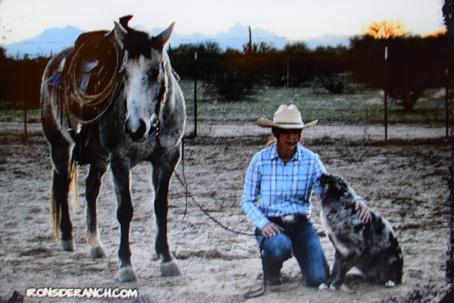 Canyon is AKC and ASCA Registered 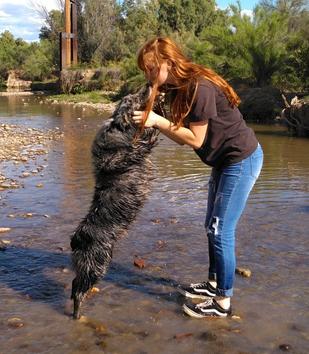 Canyon is FULL panel CLEAR of being AFFECTED by any Australian Shepherd genetic defects.

He is also CLEAR for NHEJ1 Collie eye anomaly and CLEAR for HSF-4 Hereditary cataracts. 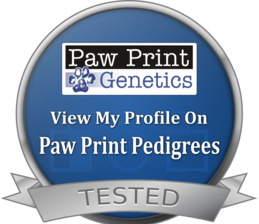 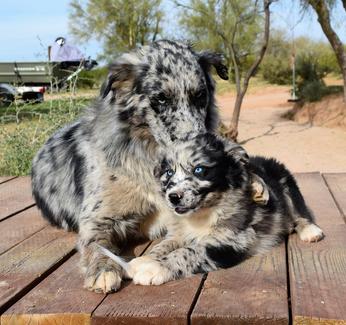 Since the day we brought Tater tot home and told Canyon she was our pet, he watches over her like a hawk when shes playing around the ranch. 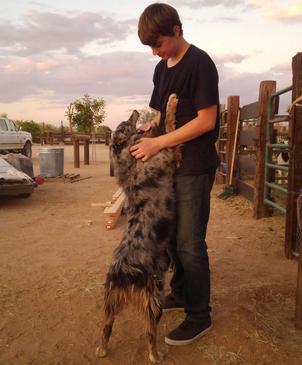 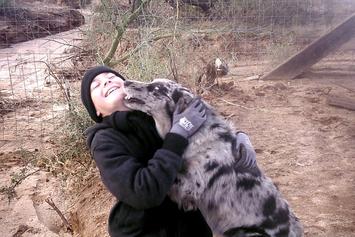 Canyon loves his little people! Any chance to sneak a kiss, he'll take it.

Canyon is without a doubt one of the most intelligent dogs we have ever lived with!

During the night, Canyon will open his dog proof latch on his pen, go to his friend's pens and proceed to open the latches on their gates so he can hang out with them.

Canyon has also been caught opening the front door of our home with his paws to let himself in.  :)

Canyon is very respectful, always doing what is asked of him. He will drop anything to listen or be by your side.

​ Canyons intelligence has made it to where he never needed training, he watches your gestures, tilts his head, listens to your voice, seems to know what your asking and does it! Canyon is an easy going, laid back type, he takes everything in stride. If another dog is bothering him, or a female is trying to dominate him, he just ignores it and goes about his day. Its as if he's a mature human, he just lets the female think she is dominating him all the while knowing he's the top dog. If the other dog annoys him enough, which takes quite a bit, he will lay them down on the ground, not hurting them, just letting them know that's enough of thier drama!

Canyon is absolutely a true family dog with an intense passion for children! When children are around, Canyon is so happy, giving all sorts of love and smiles! He will slowly sneak up until he can get his paws around the child's neck, holding them in a big, tight hug so he can give big, gentle kisses.!! He also loves tether ball, rolling balls and playing frisbee.​

Canyons father is out of the "most titled aussie" in the world, 'Certik Bertik'! 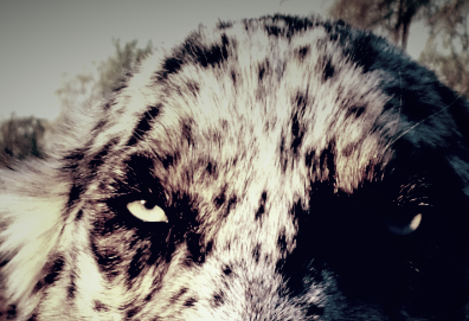 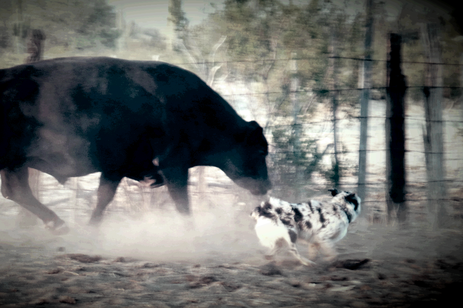 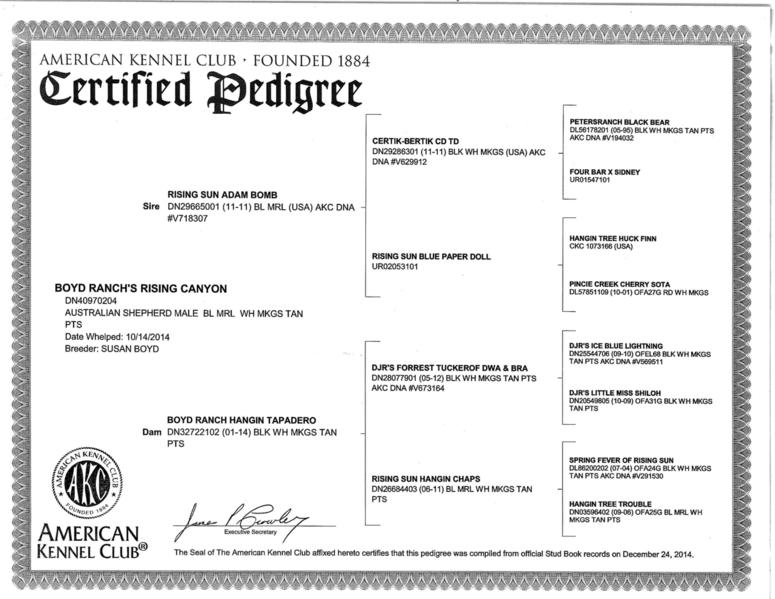